In line with the intention to have open communication with our members and fans, it was agreed to publish a summary of Trust Board meetings here, giving as much detail as can be publicly shared, starting with that held on 18th September:

Colin presented a document highlighting and confirming areas of responsibility for the Trust with clear lines of communication for the Football Club to report on all their related matters. These include members updates, website, emails, Twitter, Facebook and member administration.

Membership stands at 901 and there will be a push to reach 1,000 members as soon as possible

The Trust has nominated David Cook to fill the vacancy for a third Trust Director to sit on the WWFC Board, which was created by Matt Clarke stepping down in December 2012.

Don was pleased to report that with recent strong performances and results, competition for places in the starting XI was high.

Attendances are still lower than anticipated and continued promotion of fixtures is ongoing. The August accounts were circulated and match day revenue is behind budget.

WWFC is nominating Matt Cecil to join its Board of Directors to fill the vacancy created by the retirement of Ivor Beeks. This was approved by the Trust Board and now goes back to the WWFC Board for ratification and appointment later in September.

Garry was very pleased to report on the success of the Chairboys Funders scheme which is now full having raised £450,000 and now has a waiting list.

A Capital Restructuring Working Group is to be set up. Potential participants with relevant expertise are to be approached.

Other schemes to be considered and discussed at future Board Meetings

Alan Cecil and Reg Rundle are to become involved with the operations of the Wycombe Wanderers Sport and Education Trust. Both are spending time getting to understand all activities. The WWSET Board is currently being re-structured.

The Memorabilia from the successful Museum Exhibition is to be returned to the Club and will soon be on display within areas of the ground.

It is the Trust’s intention to arrange a Golf Day towards the end of the season. Further details to follow. 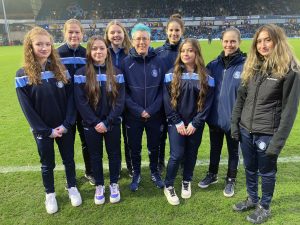 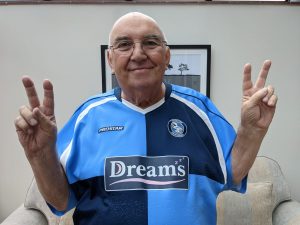