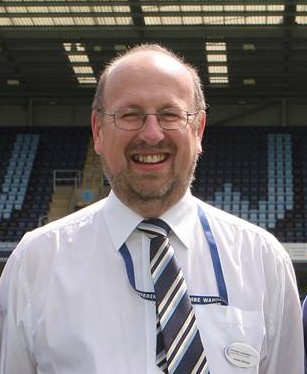 Trust chairman Trevor Stroud reviews the past, present and looks into the future.

“2015 has been an eventful year for Wycombe Wanderers Trust and your football club.

Tremendous progress has been made, and structures have been put in place to put the football club on a more stable footing and able to grow in the future.

Financially, we have become more self-supporting, with the launch of the Trust share scheme, which has just passed the £700k mark out of the £2 million target. Thanks to all of you who have purchased shares, and to those who have yet to buy shares, please consider doing so.

The money raised is being used to target specific needs which will give us a greater return than the money invested. Examples of this are the repair of the big screen which generates advertising income, and the repairing of broken seats which gives us match day income. The share scheme also purchased a Shockwave machine, which is used to get injured players back on the pitch quicker, such as Paul Hayes and Anthony Stewart recently. We are currently constructing a wish list of similar items which will be publicised so potential investors can see where their money is likely to be spent.

Other changes have been the introduction of working groups, who are taking responsibility for various aspects of the running of the Trust and its two subsidiaries, WWFC and FALL. We have a group finance committee, who oversee all financial aspects of the group from debt management to cash flow. We have a share marketing group responsible for raising the profile of the share scheme, and a volunteer group which is organising the wonderful band of volunteers, who save the club literally tens of thousands of pounds. These groups are headed up by Trust directors, and are very much a feature of having a task driven board as opposed to a committee.

There have been other changes, such as the new reception and shop area, which have been driven by football club chairman Andrew Howard. Andrew runs the club on a day-to-day basis, without taking a salary, which also saves us thousands of pounds, and I would like to take this opportunity to thank him sincerely on your behalf.

On the field we have set a target of 61 points, and anything over this will be very much a bonus. Finances will still be a huge issue, and although the boost from the Aston Villa game will help, we still need to keep the pressure on raising money from the Trust share scheme. (Obviously Arsenal away in the fourth round would help as well!)

We will be establishing a fans council early in the New Year, so there is a formal route for fans’ views to be communicated to the football club, and advice sought for key decisions to be made more effectively.

We will also continue to introduce new processes and procedures to make the running of the Trust more effective, and I also would like to thank all of the Trust board in advance for their hard work (also on a voluntary basis) in implementing these.

Please encourage friends and family to join us at Adams Park, or invest in the share scheme (or both), and if you feel you could volunteer your skills, please e mail John Derben on j.derben123@btinternet.com .

Finally I would like to take this opportunity to wish you and your family (and your football team) a very happy and successful 2016.” 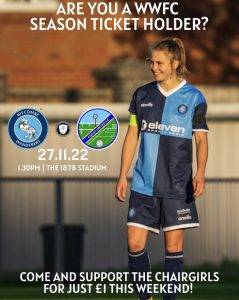