We have now received the official report from Civica Election Services, regarding the vote to allow Wycombe Wanderers Trust to sell a majority stake in Wycombe Wanderers Football Club, the details of which can be found here. 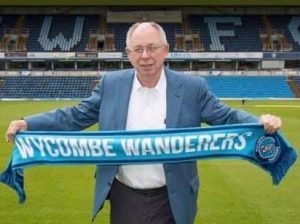 As you will see from the results, an overwhelming majority of you voted in favour of the motion to allow Rob Couhig to purchase 75% of the voting and non-voting shares currently held by Wycombe Wanderers Trust.

We are currently working on the final legal issues, and will announce a completion date as soon as possible.

Thank you for not allowing apathy to decide the future of our Football Club.