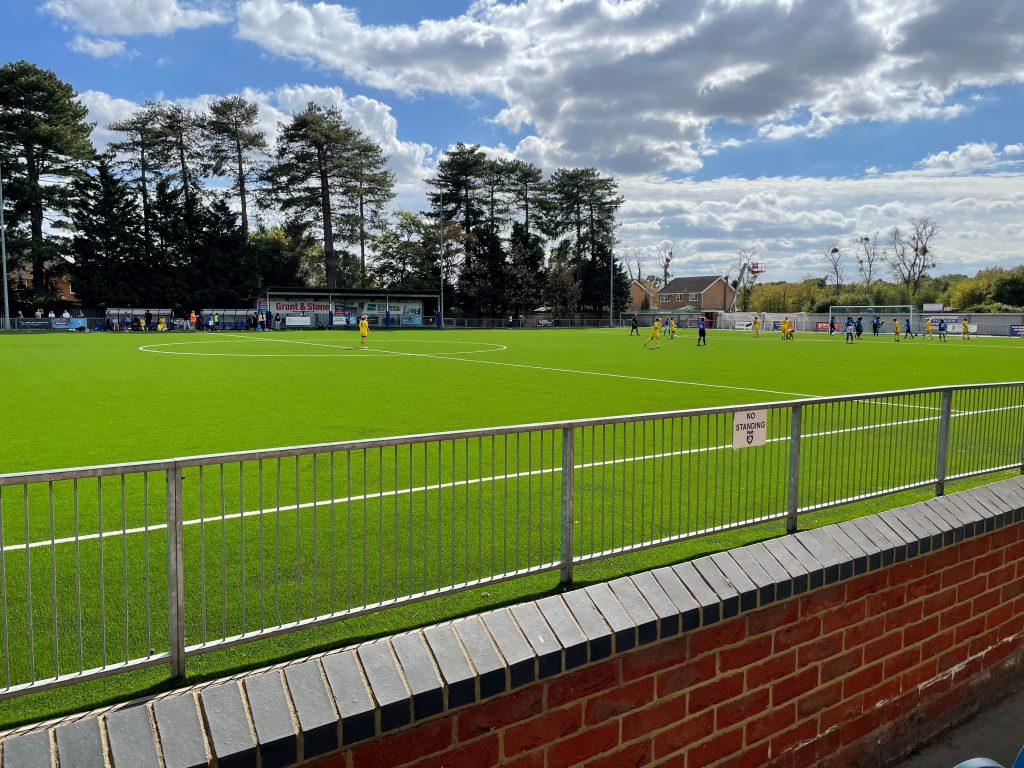 Match reports for the weekend of 17th and 18th September.

Please note, the first team did not play so there is no match report available.

Wycombe Wanderers U18 squad played their first game of the season in the JPL Warriors League against XL Football Dartford. With a number of new signings such as Freya Harris, EJ Connell, Liv Nero from Tilehurst, Teagan Condra from Denham, Emily McCartney from Maidenhead, Ellie Trigg, and Dani Yakubovich. Not forgetting the addition of a new coach Sonny Moore adding to the already successful coaching team, the Chairgirls started with complete composure, implementing everything practiced in pre-season training. New players, new kit, new sponsors, new ground – a very positive start to the 22/23 season.

The first half saw a great display from both teams with some exciting pressure on both goal keepers. It was clear to see XL were an experienced seasoned JPL team. However, 28 mins into the game saw Wycombe take the lead with a free kick from Amelia Sage finding the back of the net. Jess Fuller was on hand just in case it needed to be teased in.

The crowd at The 1878 Stadium were enjoying the display from both teams, in particular the attempts on goal from our strikers Molly Carter and Freya Harris. The woodwork was hit on a number of occasions with some going wide. The Chairgirls were unlucky to not put more goals on the score sheet.

A determined opposition also hit our woodwork and with the excellent hands of goalkeeper Emily McCartney, we kept XL at bay. In the 40th minute XL took advantage of a weak pass in our half and equalised with a powerful strike from 10 yards out. Possibly the only part of our game where a slight error left us vulnerable allowing them to equalise. Shaken but not stirred, at 72 minutes Amelia Sage looked for the opportunity to put a long ball over for Naomi Tilley to run onto which she calmly slotted past their keeper.

Unfortunately with 5 minutes to go a coming together with one of the XL forwards and our GK ended with a penalty being given which saw XL equalise and ended the game 2-2. A very entertaining, high performance game of football.

It was summed up by Manager, Christian Price “out of all the years I have been coaching this team, today was by far the most improved team performances I have witnessed. A fantastic start to the season, the coaches and I are absolutely thrilled with how they delivered the game”.

The next game for the U18 team will be against Ipswich Town at our home ground 1878 Stadium, Burnham on Saturday 24th September, kick off 10.30 am.

A young Wycombe Wanderers Reserves team continued their 22/23 season success with another strong performance against Beaconsfield Town Ladies on Sunday.

The first half was frustrating for the Chairgirls as they struggled to capitalise on their chances after starting the game so brightly. Throughout the first half they found themselves repeatedly through on goal but a well-organised Beaconsfield Town defensive line meant the offside flag was raised on three occasions. Sally Grimm, Charlie Potter and Charlotte Hill all continued to apply the pressure and forced some good saves from the Beaconsfield goalkeeper (who was outstanding throughout) but could not break the deadlock meaning the scoreline remained 0-0 at halftime.

However, no more than 30 seconds after the restart, a team press caused a ricochet off a Beaconsfield player that set up Sally Grimm to put the Chairgirls 1-0 up. The relentless pressing from the front paid off again and a corner moments later resulted in a goalline scramble where Amy Norfolk came out on top making the scoreline 2-0 to the Chairgirls.

Throughout the game Beaconsfield did have chances of their own, one being a shot that hit the woodwork however, it was not enough to combat the solid display of the home team who claimed all three points, making it two wins from two to start the season.

The Reserves are next in action away to Easington Sports on Sunday 25th September.

Thanks to Charlie Carter for the photo 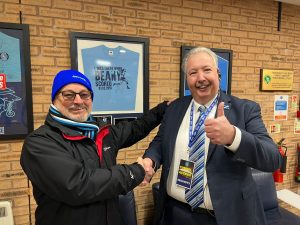